KEEP UP TO DATE WITH NEW INFORMATION AND PRODUCT BY JOINING OUR FACEBOOK PAGE!

Weber DGV 32/36 Velo Stak extensions to fit Formula Ford (1600) and Formula 2000 race cars. The extensions (grey pieces in the photo) are trimmable for a custom fit. They are offered as a kit with the mounts, stacks and optional air filters.

Rendering for a completed custom project to make a 2-1/2" diameter Velo Stak and custom mount fitted to the carbon fiber intake runner of a drag sled being developed in Massachusetts. 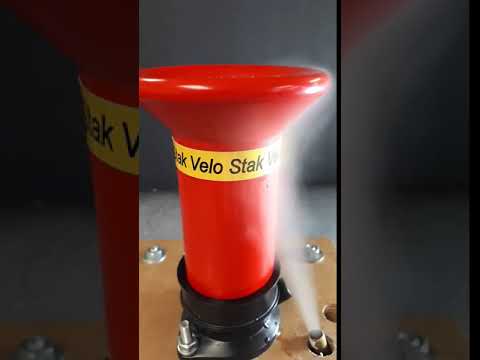 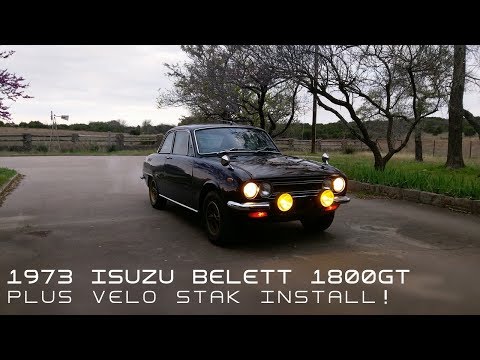 David Lovett from Hico, Texas sent us these videos. David has a 1973 Isuzu Bellett and he has fitted a pair of Velo Staks onto his 1-3/4" Hitachi (SU) carbs. We're happy that David is happy and we're really happy that he made these videos. The first describes his fitting of the stacks onto his carbs with a brief description of the stacks. He mistakenly referred to the manufacturing process as being 3D printed. The second video corrects that claim and goes on to explain the basic process involved in making a Velo Stak. Davis is a natural in front of the camera and we think that you will enjoy both his smooth presentation style and what he has to say about Velo Staks. Enjoy!

Velo Stak is a revolutionary, new way of thinking in the design and manufacture of velocity stacks. Building on decades of proven technology, Velo Stak propels the concept into the future of power optimization. By utilizing high temperature, high yield mouldable material, combined with a variable length inlet stack and a radical new surface treatment, Velo Stak represents the next generation in air induction technology for performance motorsports applications.

Velo Stak has revolutionized the technology of engine air intake, resulting in:

• Your choice of straight or 30-degree offset mounts 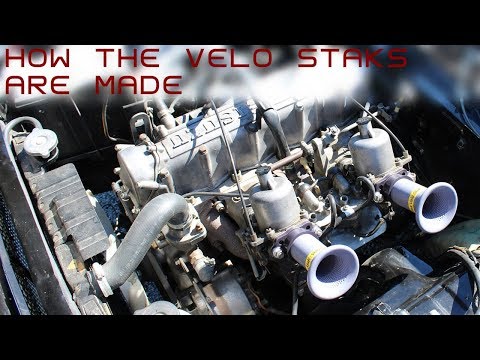 Bob headed south last month to soak up some sun and to attend a couple of vintage races (unlike those in the snowy North, racers in the South were still having on- track fun in December!).

While he was at the Roebling Road VDCA race weekend Georgia, he met up with Mike Inis, who is a front runner on the vintage Formula V grids, and he agreed to try one of the Velo Stak samples that Bob had taken down with him.

If you aren’t familiar with Formula V racing, you will be interested to know that FV cars are what is referred to as ‘momentum’ racers. That is, because of the relatively low power of the engines, good lap times are achieved by the drivers pretty much ‘keeping their foot in it’-- they brake only for the tightest corners. They also tend to run in packs, where the draft works to the advantage of everyone except the driver out front. Experienced Formula V drivers can put in pretty consistent lap times and are mostly within a second or even less per lap.

Mike was surprised to discover that while using the Velo Stak, he shaved almost a full second from his best lap time at Roebling Road.

A second may not sound like a lot but in this type of racing it’s a big gain. Mike won the race that day.

The Custom Polycast Formula V Velo Stak is a significant improvement over existing stacks available for the Solex FV spec carb, and if it works that well for FV, imagine what it could do for your engine!

These features represent state-of-the-art developments not seen in velocity stacks before Velo Stak.

Standard Velo Stak units are produced in a resin formulation that is heat, oil, fuel, and impact-resistant, and is supplied in red, grey or black with black carburetor mounts.

Each Velo Stak order includes one
stack, one mount (either straight or angled to 30 degrees), debris screen,
mounting hardware, CAA adhesive, gasket and a jig to facilitate cutting the
stack to length.

Velo Stak is a new and exciting development in engine air induction technology for both race cars and sports cars. Velo Stak offers the most effective performance upgrade at affordable prices.

These features represent state-of-the-art developments not seen in velocity stacks before Velo Stak.

Standard Velo Stak units are produced in a resin formulation that is heat, oil, fuel, and impact-resistant, and is supplied in red, grey or black with black carburetor mounts.

I’ve just finished reading The Evolution of Useful Things by Henry Petroski and it made me think about the evolution of design and how we tend to get stuck on one idea. I got so caught-up in trying to find a clamp that would work consistently that I never considered the possibility that a clamp was not the answer. The lightbulb came on and starting immediately, Velo Stak will not be sold with hose clamps but rather with a small packet containing an alcohol wipe (to clean the surfaces) and a small tube of CAA (super glue) to permanently fasten the two parts together. Problem solved and the design is neater. Two solutions when I was only trying to find one!

Henry’s book was an eye opener because it made me realize that mistakes are not only OK but are an expected part of the development process. In fact, according to his theory, invention is in almost all cases simply the urge to make an existing thing better. A simple notion as illustrated by the replacement for the hose clamps.

Another issue that we have had some problems with (part two of my epiphany) was that we were occasionally finding that some of the mounts were becoming loose on the carburetors. We supply stainless steel nuts to fasten the mounts and they work just fine—most of the time. The problem is that they need to work all of the time. Our solution was that we now supply anti-vibration, aircraft ‘lock and flange’ nuts that will not loosen. Unlike Nylok style nuts that have a nylon inserts that grip the bolt (and can soften when hot), the aircraft nuts use a type of tapered thread to grip and hold them on the bolt. As an extra precaution, we are also recommending that a thread locker be used just to be sure. It’s universally available (as Lok Tite or Permatex for example) and if you don’t have a tube in your tool kit, then you should. It’s both annoying and dangerous to have essential parts fall off of your car because fasteners shake loose.

Finally, we have decided to mould aluminum crush bushes into the mounting holes of the Velo Stak mounts. We realize that in your zeal to not have stuff fall off of the car, it may be too easy to overtighten the nuts and crack the mounts. The mounts are very strong and not easily broken but wrenches are often unkind to composite parts.

Invention is simply improving what already exists. We did not invent velocity stacks but we’re getting really close to perfecting them!